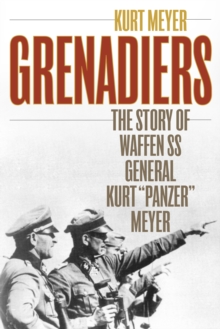 German General Kurt "Panzer" Meyer's autobiography is a fascinating insight into the mind of one of Germany's most highly decorated and successful soldiers of World War II.

If you love small-unit actions, this is the book for you.

Follow Meyer with the 1st SS-Panzer Division "Leibstandarte" and the 12th SS-Panzer Division "Hitlerjugend," from the first day of the war in Poland, through service in France, Russia, and Greece, up until his capture in Normandy in 1944 and his postwar trials and tribulations.