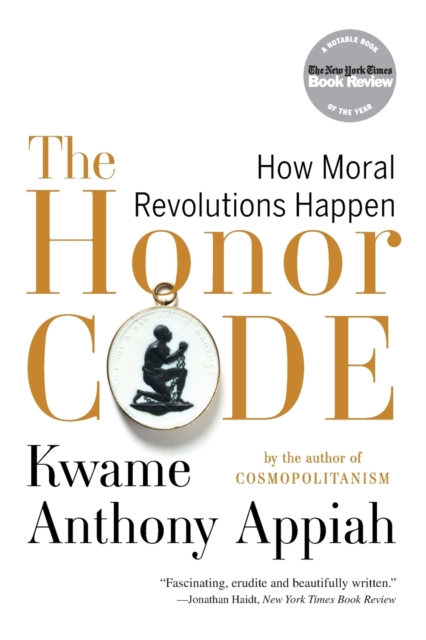 In this groundbreaking work, Kwame Anthony Appiah, hailed as "one of the most relevant philosophers today" (New York Times Book Review), changes the way we understand human behavior and the way social reform is brought about.

In brilliantly arguing that new democratic movements over the last century have not been driven by legislation from above, Appiah explores the end of the duel in aristocratic England, the tumultuous struggles over footbinding in nineteenth-century China, the uprising of ordinary people against Atlantic slavery, and the horrors of "honor killing" in contemporary Pakistan.

Intertwining philosophy and historical narrative, he has created "a fascinating study of moral evolution" (Philadelphia Inquirer) that demonstrates the critical role honor plays a in the struggle against man's inhumanity to man.