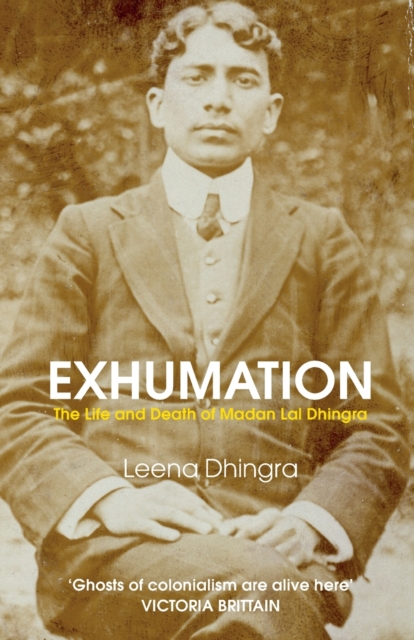 Born in Amritsar, the sixth of seven sons of an eminent surgeon, Madan Lal arrived in England in 1906 to study engineering at University College, London.

At a time of growing unrest and opposition to British rule, Madan Lal soon became involved with India House, a student hostel in north London's Highgate, where young Indians gathered to freely discuss issues of self-determination, independence and justice for the people of India. As his political activism grew, Madan Lal came increasingly under the influence of radicals with more extreme views of how Indians could free themselves from colonial rule.

On July 1st 1909 he took matters into his own hands with tragic results.

At an event in South Kensington's Imperial Institute, Madan Lal took out a gun, and shot Wyllie four times at close range.

Arrested immediately, he was put on trial at the Old Bailey just weeks later.

Mounting his own defence, Dhingra refused to recognise the authority of the British court, stating that the assassination was a legitimate act of political opposition against an occupying power.

On 17th August, he was hanged in Pentonville prison. Part history, part memoir, Exhumation is also the story of Leena's journey to come to terms with this painful episode from her family's past.

Forced into exile in Europe by the 1947 Partition of India, she was long haunted by the story of her great uncle, desperate to know more about him, but at the same time resistant to facing up to the trauma of his fate.

More than a century after Madan Lal's death, a guest role in Demons of the Punjab, (an episode of Dr Who about the Partition), was the inspiration she needed.

Playing a Pakistani grandmother with a suppressed story of her own allowed Leena to challenge the self-censorship and silence imposed on an Indian woman living in the UK.