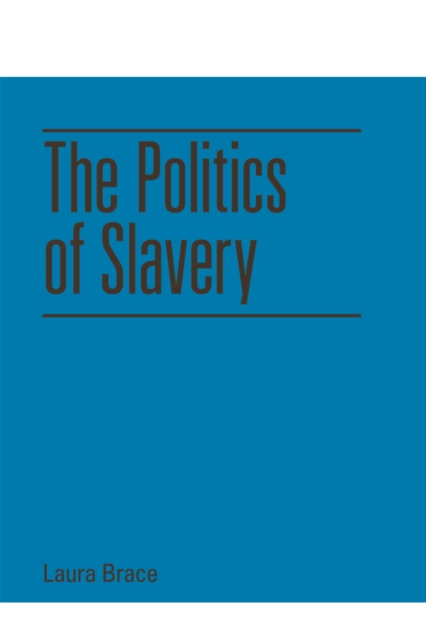 The Politics of Slavery Hardback

Critically interrogates of the history and politics of slavery, from classical Greek philosophy to todayWhat makes a slave a slave?

What does it mean to think about slavery as a political question?

This book examines slavery and freedom as founding narratives of the liberal subject and of modernity.

Laura Brace asks what happens when we try to bring slaves back into history, and into the history of political thought in particular.

Looking at scholarship on both 'old' and 'new' slavery, the book assesses the work of Aristotle, Locke, Hegel, Kant, Wollstonecraft and Mill, and explores the contemporary concerns of human trafficking and the prison industrial complex to consider the limitations of 'new slavery' discourse.Key FeaturesAnalyses the dominant liberal discourse on slavery, from Aristotle to Nietzsche Examines the connections between 'old' and 'new' slavery Explores the role of concepts of power, violence, domination and subordination, issues of economic exploitation and the organization of labour and the influence of race and gender