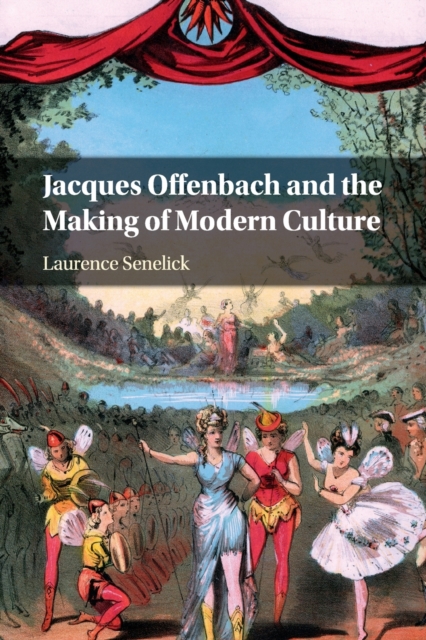 Jacques Offenbach and the Making of Modern Culture Paperback / softback

Offenbach's operas were a significant force for cultural change, both in his own time and in the decades to follow.

In this book, Laurence Senelick demonstrates the ways in which this musical phenomenon took hold globally, with Offenbach's work offering an alternative, irreverent, sexualized view of life which audiences found liberating, both personally and socially.

In the theatre, the composer also inspired cutting-edge innovations in stagecraft and design, and in this book, he is recognized as a major cultural influence, with an extensive impact on the spheres of literature, art, film, and even politics.

Senelick argues that Offenbach's importance spread far beyond France, and that his provocative and entertaining works, often seen as being more style than substance, influenced numerous key artists, writers, and thinkers, and made a major contribution to the development of modern society.