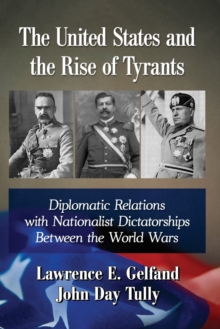 The United States and the Rise of Tyrants : Diplomatic Relations with Nationalist Dictatorships Between the World Wars Paperback / softback

Nationalist dictatorships arose around the world in the 1920s and 1930s.

On numerous occasions, the US government openly and actively supported these states, even some of the cruelest.

After the idealism of the Wilsonian era, policymakers decided that non-Communist dictatorships were not necessarily inimical to American democracy, or at least to American national interests.

As these regimes proliferated in Latin America and Europe during the interwar decades, both Democratic and Republican administrations in Washington found it expedient to support these autocratic regimes.

People living under these governments therefore associated the United States with their oppressors, with long-term negative consequences for US policy.

American policymakers were primarily concerned with fostering stability in these countries.

In turn, American bankers and investors invested heavily in these areas, cementing in Washington's mind the need to support the regimes.

Through an examination of consular records in nine countries, the book examines the logistics and consequences of this decision. 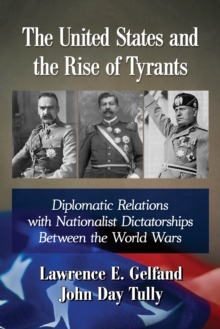 The United States and the Rise of...