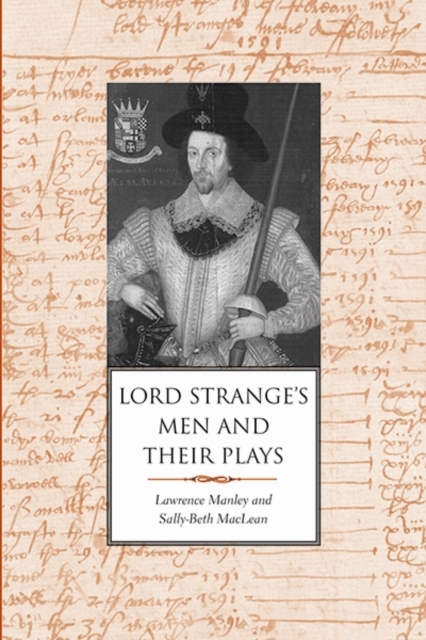 For a brief period in the late Elizabethan Era an innovative company of players dominated the London stage.

A fellowship of dedicated thespians, Lord Strange's Men established their reputation by concentrating on "modern matter" performed in a spectacular style, exploring new modes of impersonation, and deliberately courting controversy.

Though their theatrical reign was relatively short lived, Lord Strange's Men helped to define the dramaturgy of the period, performing the plays of Shakespeare, Christopher Marlowe, Thomas Kyd, and others with their own distinctive flourish. Lawrence Manley and Sally-Beth MacLean offer the first complete account of the troupe and its enormous influence on Elizabethan theater.

Seamlessly blending theater history and literary criticism, the authors paint a lively portrait of a unique community of performing artists, their intellectual ambitions and theatrical innovations, their business practices, and their fearless engagements with the politics and religion of their time.