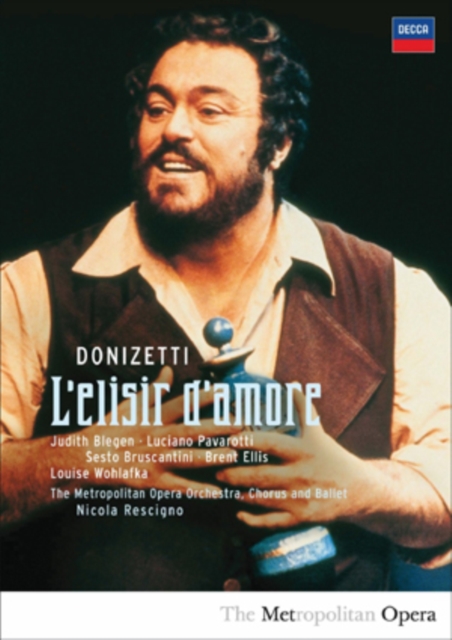 One of Pavarotti's most famous roles, he sings it here at the peak of his powers, joined by an all-star ensemble.

Nemorino is a peasant, in love with the beautiful and wealthy Adina.

Unfortunately he has a rival; the sergeant Belcore, whom Adina seems to favour.

Desperate, Nemorino buys what he believes to be a love potion from travelling doctor Dulcamara (in reality a quack).

This fails to win Adina's heart, and she announces that she will marry Belcore.

Nemorino has not given up hope yet, however, and buys another potion in time for the wedding celebration.