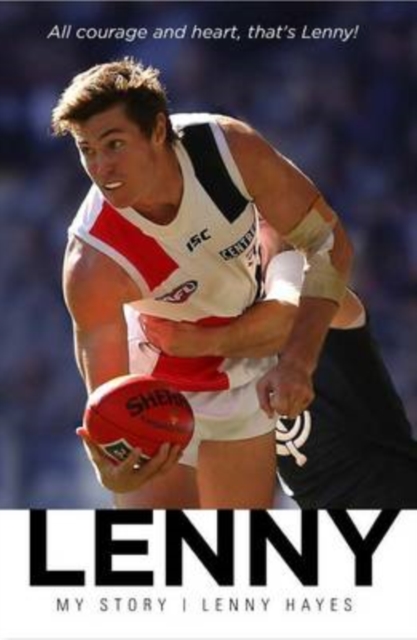 Lenny Hayes takes us behind the scenes and into the locker room at St Kilda football club, the team he has played with since being selected as a rookie from NSW.

Interwoven through Lenny's story are the highs and lows of the long playing career of an outstanding professional. Lenny was made captain of St Kilda in 2004, and co-captain in 2007 when the leadership team included Justin Koschitzke, Luke Ball (co-captain) and Nick Riewoldt (co-captain), Aaron Hamill, Fraser Gehrig, Nick Dal Santo and Robert Harvey.

Lows have included a knee reconstruction that took him off the ground for most of a year. And at the end of 2012 it was discovered that Lenny Hayes had played his entire career with a hole in his heart and underwent successful open heart surgery.

Undaunted, he returned to play at the beginning of the 2013 season. Lenny Hayes has been selected as an All-Australian, he has won the Trevor Barker medal (best and fairest) three times, as well as a Norm Smith medal in 2010.

He has been awarded life membership of the AFL. Lenny's career has been at a club that has seen its fair share of dramas and sensations but as everyone who knows Lenny in AFL, Lenny has always been the gentleman of football and has soldiered on regardless.