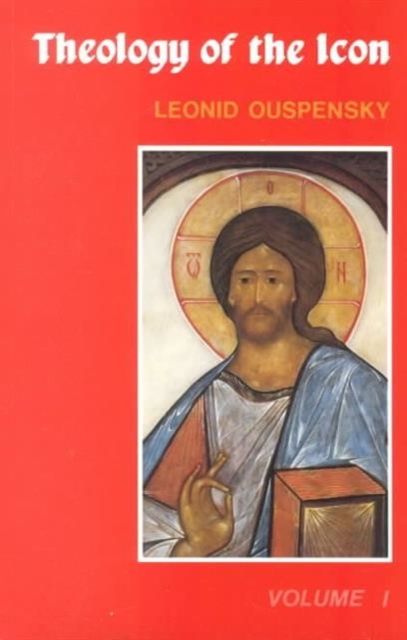 Theology of the Icon Paperback / softback

The Theology of the Icon includes more than the basic theory of the transfiguration of beauty and the sanctification of art.

It is a fundamental element in the entire body of Orthodox Tradition.

In this two-volume work, Leonid Ouspensky provides the reader with a deep and serious approach to the mystery of the sacred image.

He surveys the development of the sacred art of the Christian East from its beginnings in catacomb art through the iconoclastic controversy of the eighth and ninth century.

Drawing especially on the Russian Orthodox tradition, the author studies a large number of texts with care and in great detail.

He includes an analysis of the flowering of early Russian iconography, tracing its later development and the state of the art today.

The 51 black and white photo illustrations, along with the four-panel foldout and six color plates, will enable the reader to appreciate the Orthodox icon with an informed mind and open heart.

This is the most comprehensive introduction available to the history and theology of the icon, and is the standard text upon which most modern studies of iconography are based. Volume I, originally published in 1978, has been updated by the author and contains large sections of new material.

Leonid Ouspensky, one of the most influential iconographers and iconologists of this century, lived in Paris, France, until his death in 1987.

His book The Meaning of Icons, also published by SVS Press, has become a classic.