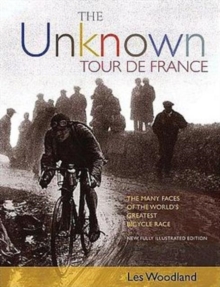 There is much more to the Tour than the daily stage victories and dope charges.

This book takes a close look behind the scenes of the Tour and brings up many fascinating stories from the race's 100-year history, as well as the events that preceded the Tour itself.

The Unknown Tour de France makes fascinating reading for everyone interested in bicycle racing and professional sports in general.

You'll hear about the great champions of the early days, and some of later years, who molded the public image of the Tour the way it has become known.

You'll read about the beginnings of road racing and the men who started and promoted this great venture.

Find out about the 'foreign legion', the early English-speaking riders, and the way some of them later placed their mark on the Tour.

This edition replaces the previous edition ISBN 97818924266, which is no longer available.