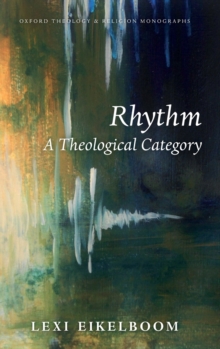 Part of the Oxford Theology and Religion Monographs series

Rhythm: A Theological Category argues that, as a pervasive dimension of human existence with theological implications, rhythm ought to be considered a category of theological significance.

Philosophers and theologians have drawn on the category of rhythm-patterned movements of repetition and variation-to describe reality, however, the ways in which rhythm is used and understood differ based on a variety of metaphysical commitments with varying theologicalimplications.

Lexi Eikelboom brings those implications into the open through using resources from phenomenology, prosody, and the social sciences to analyse and evaluate uses of rhythm in metaphysical and theological accounts of reality.

The analysis relies on a distinction from prosody between a synchronicapproach to rhythm, which observes the whole at once and considers how various dimensions of a rhythm hold together harmoniously, and a diachronic approach, which focuses on the ways in which time unfolds as the subject experiences it.

Based on an engagement with the twentieth-century Jesuit theologian Erich Przywara alongside thinkers as diverse as Augustine and the contemporary philosopher Giorgio Agamben, Eikelboom proposes an approach to rhythm that serves the concerns of theologicalconversation.

It then demonstrates the difference that including rhythm in such theological conversation makes to how we think about questions such as "what is creation" and "what is the nature of the God-creature relationship?" from the perspective of rhythm.

As a theoretical category, capable ofexpressing metaphysical commitments, yet shaped by the cultural rhythms in which those expressing such commitments are embedded, rhythm is particularly significant for theology as a phenomenon through which culture and embodied experience influence doctrine.

Also in the Oxford Theology and Religion Monographs series   |  View all 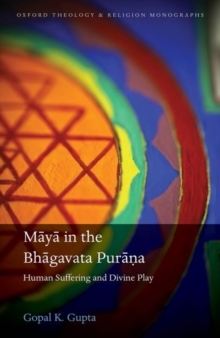 Maya in the Bhagavata Purana 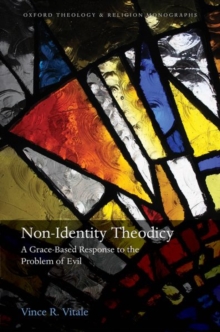 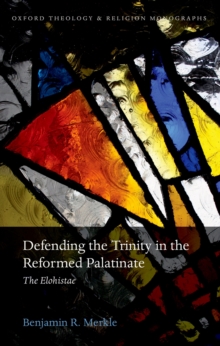 Defending the Trinity in the Reformed... 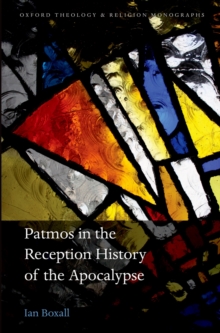 Patmos in the Reception History of the...