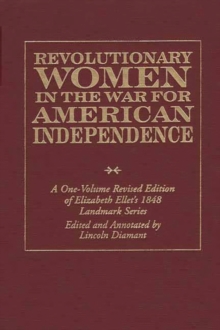 This modern, annotated adaptation of the original three-volume edition of Women of the American Revolution by Elizabeth Ellet restores, in a single volume, a unique compilation of the roles played by eighty-four American women in the Revolutionary War.

A best-seller in the 1850s, Ellet's work is here carefully edited for today's readers by a distinguished Revolutionary War historian.

It contains a new introduction and many explanatory footnotes.

A new organization arranges these biographies from north to south by colony, underlining the vast differences in class and culture among the various states. While not America's earliest female historian, Elizabeth Ellet may easily lay claim to being America's first historian of women.

Before publication of her books, readers had come close to losing track of the important role played by women in the War for Independence.

Ellet preserved these valuable stories through reliance, whenever possible, on first-person accounts which are still as fresh and compelling today as they were in the nineteenth century.

A vivid and comprehensive account which will be of interest to both military historians and scholars of women's history. 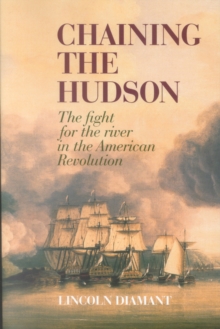