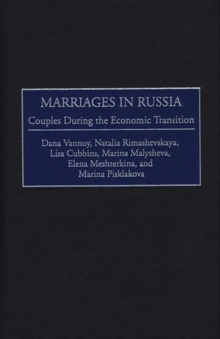 Marriages in Russia : Couples During the Economic Transition Hardback

Researched and written by a collaborative team of Americans and Russians, Marriages in Russia explores the myths and realities of how the first years of market transformation have affected Russian family life.

The research project, in which 2418 individual interviews of randomly sampled heterosexual couples are used, was initiated to determine if the relationships between gender attitudes and the relative social statuses of spouses-based on such factors as education, occupational prestige, and income-influence the marital quality spouses experience.

Whether these variables are linked to domestic violence, as data show they are in the United States, is also examined.

The results are surprising in that they often contradict general beliefs about Russian gender attitudes and gender attributes, and the analysis of these findings is ultimately a fascinating look at the post-Cold War realities of family life in Russia. 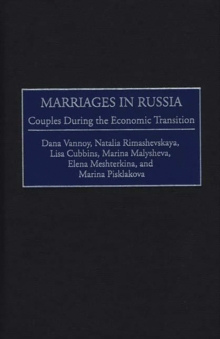 Marriages in Russia: Couples During the...