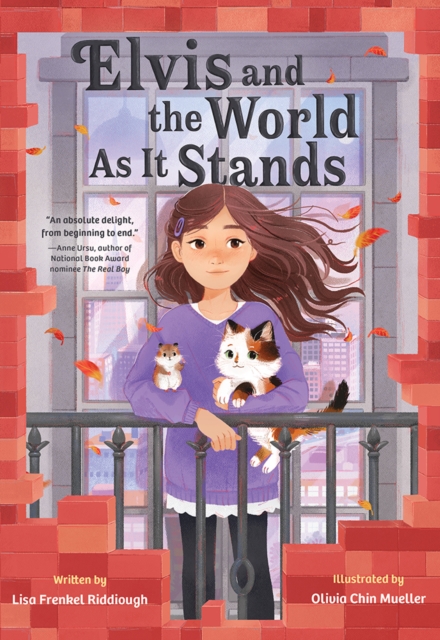 Elvis and the World As It Stands Hardback

A poignant middle-grade story about loss and finding family from the point of view of a newly adopted kittenMost shelter animals dream of going home with a forever family.

But for Elvis, being chosen by Mrs. Pemberton is a nightmare. He's been separated from his sister, Etta, and is determined to get back to the shelter to find her.

In spite of himself, Elvis becomes curious about ten-year-old Georgina Pemberton, who builds LEGO skyscrapers in her bedroom while navigating her parents' separation.

The longer he's in his new home, the more he starts recognizing new feelings: admiration for Georgina's creations, affection for the other pets, and even empathy for the Pembertons-despite their inability to listen. As Georgina sets out to build her most important skyscrapers yet-the Twin Towers-Elvis realizes that maybe both humans and animals can take a page from Georgina's Big Book of American Architecture and "build a world of their own choosing," even if the choices aren't what they'd initially expected.