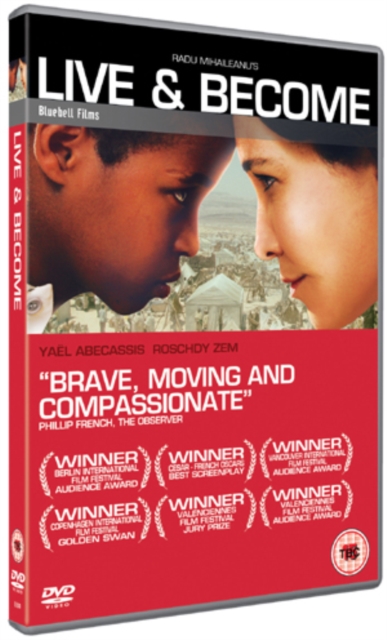 Coming-of-age tale set in the civil war and famine of 1980s Ethiopia and in Tel Aviv, Israel.

As thousands of displaced Africans crowd into Sudanese refugee camps, American and Israeli troops organise 'Operation Moses': a mission aimed at relocating the wandering Falashas, Ehtiopian Jews who claim direct lineage back to KIng Solomon's days and to Israel.

Forced by his Christian mother to declare himself Jewish to escape starvation, young Solomon (Moshe Agazai) is swept away to Israel, where he is declared an orphan and adopted by a French family.

There he begins a new life constantly fearing the discovery of a double lie: that he is neither orphaned nor Jewish.

Now renamed Schlomo, Solomon does his best to adapt to his new surroundings as his presumed salvation slowly gives way to the inner decay of a fading identity.

The film picked up three awards at the Berlin International Film Festival.