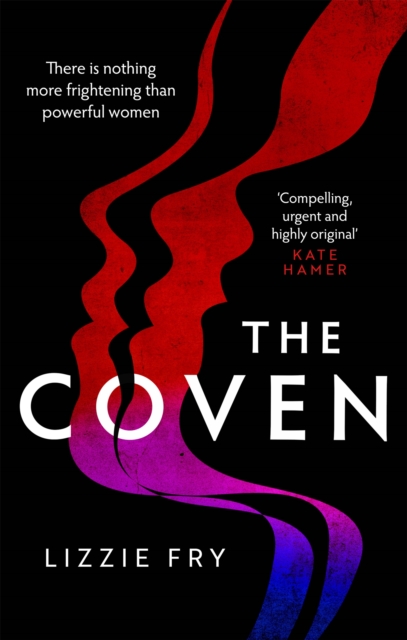 The Coven : For fans of Vox, The Power and A Discovery of Witches Paperback / softback

'A compelling, prescient tale of an alternate world with far too many scary similarities to our own.' Angela ClarkeLet me repeat myself, so we can be very clear.

Women are not the enemy. We must protect them from themselves, just as much as we must protect ourselves. Imagine a world in which witchcraft is real. In which mothers hand down power to their daughters, power that is used harmlessly and peacefully. Then imagine that the US President is a populist demagogue who decides that all witches must be imprisoned for their own safety, as well as the safety of those around them - creating a world in which to be female is one step away from being criminal... As witches across the world are rounded up, one young woman discovers a power she did not know she had.

It's a dangerous force and it puts her top of the list in a global witch hunt. But she - and the women around her - won't give in easily.

A big, page-turning thriller.' Paula Daly'A real thrill ride.' Debbie Moon'Dark, dangerous & powerful - I couldn't put it down' Michelle Kenney, author of The Book of Fire series'Compelling, urgent and highly original as well as being a cracking read.

I loved it.' Kate Hamer'A barnstorming, breathless ride - The Handmaid's Tale by way of wicca and Witchfinder General.