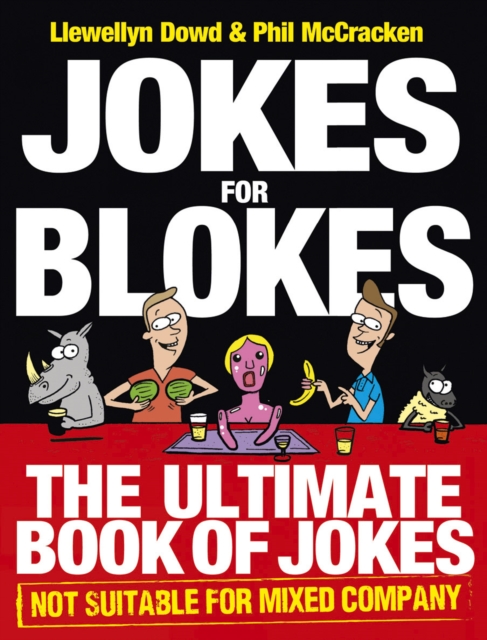 Jokes for Blokes : The Ultimate Book of Jokes not Suitable for Mixed Company Paperback / softback

What is the difference between a dog and a fox? About 9 pintsWhat do you call a man with a 2 inch penis?

JustinWhat's pink and hard in the morning? The Financial Times crosswordDid you hear about the consignment of Viagra pills stolen from a warehouse?

Police are on the lookout for hardened criminalsAn aeroplane is about to crash, when a female passenger jumps up frantically and announces, 'If I'm going to die, I want to die feeling like a woman.' She removes all her clothing and asks, 'Is there someone on this plane who is man enough to make me feel like a woman?'A man stands up, removes his shirt and says, 'Here, iron this!'The greatest ever collection of dirty jokes guaranteed to offend and outrage the prudish.

Definitely one to keep well out of the way of the mother-in-law...