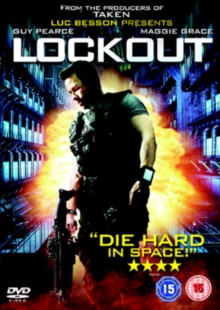 It is 2079 and the world's most dangerous criminals are incarcerated in a secure prison in outer space.

During an official visit by the president's daughter, Emilie (Maggie Grace), a breakout occurs and Emilie is taken hostage.

In desperation, the president enlists the services of wrongly-convicted spy (Pearce), offering him a deal: if he can rescue Emilie from the clutches of the prison's most violent inmates, he can be assured of his own acquittal and future freedom.