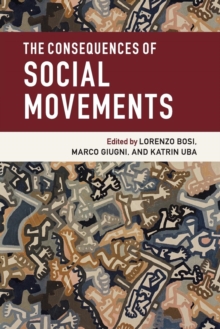 Social movements have attracted much attention in recent years, both from scholars and among the wider public.