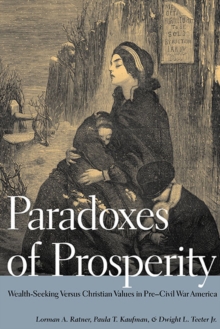 In the midst of the United States' immense economic growth in the 1850s, Americans worried about whether the booming agricultural, industrial, and commercial expansion came at the price of cherished American values such as honesty, hard work, and dedication to the common good.

Was the nation becoming greedy, selfish, vulgar, and cruel?

Was there such a thing as too much prosperity? At the same time, the United States felt the influence of the rise of popular mass-circulation newspapers and magazines and the surge in American book publishing.

Concern over living correctly as well as prosperously was commonly discussed by leading authors and journalists, who were now writing for ever-expanding regional and national audiences.

Women became more important as authors and editors, giving advice and building huge markets for women readers, with the magazine Godey's Lady's Book and with e expressing women's views about the troubled state of society.

Best-selling male writers--including novelist George Lippard, historian George Bancroft, and travel writer Bayard Taylor--were among those adding their voices to concerns about prosperity and morality and about America's place in the world.

Writers and publishers discovered that a high moral tone could be exceedingly good for business.

The authors of this book examine how popular writers and widely read newspapers, magazines, and books expressed social tensions between prosperity and morality.

This study draws on that nationwide conversation through leading mass media, including circulation-leading newspapers, the New York Herald and the New York Tribune, plus prominent newspapers from the South and West, the Richmond Enquirer and the Cincinnati Enquirer.

Also by Lorman A. Ratner 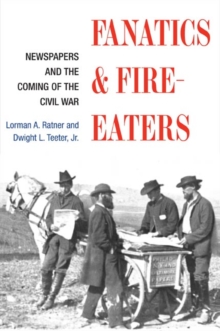