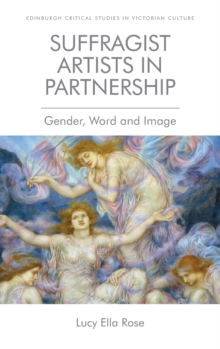 The study demonstrates how they worked, individually and together, to support greater gender equality and female liberation in the nineteenth century.

The author traces their relationship to early and more recent feminism, reclaiming them as influential early feminists and reading their works from twentieth-century theoretical perspectives.

By focusing on neglected female figures in creative partnerships, the book challenges longstanding perceptions of them as the subordinate wives of famous Victorian artists and of their marriages as representatives of the traditional gender binary.

This is also the first academic critical study of Mary Watts's recently published diaries, Evelyn De Morgan's unpublished writings and other previously unexplored archival material by the Wattses and the De Morgans. Key Features: Reveals the ways in which the couples promoted progressive socio-political ideasDraws on extensive archival research and analyses unpublished writings, including diaries and poemsFocuses on neglected female figures in creative partnerships to challenge longstanding perceptions of them as the submissive or subordinate wives of famous Victorian artists, and of their marriages as representatives of the traditional gender binaryShows how male and female writers and artists engaged with mid-to-late Victorian feminism together and individually, reclaiming them as influential early feminists