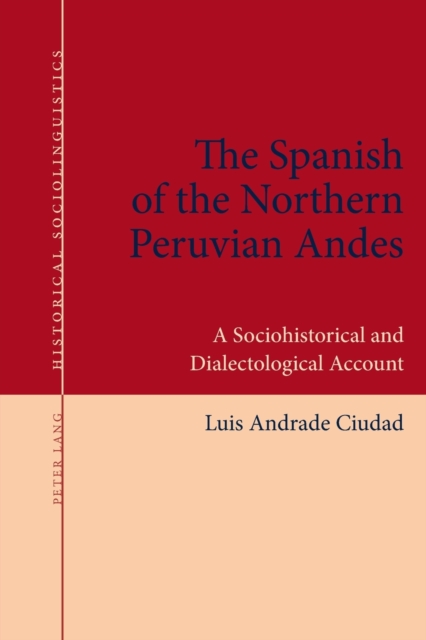 The Spanish of the Northern Peruvian Andes : A Sociohistorical and Dialectological Account Paperback / softback

Part of the Historical Sociolinguistics series

This book analyses a set of rarely described regional Spanish varieties spoken throughout much of the northern Peruvian Andes (Cajamarca, La Libertad and Ancash) from a sociohistorical and dialectological perspective.

What are the main dialectological features of these varieties?

Are these features the same ones that shape southern Andean Spanish, a variety formed mainly through contact with Quechua and Aymara?

Which of these features are distinctly outcomes of contact with Culle, the main substrate language of the region, which was mentioned in colonial and postcolonial documents but is now extinct?

How are these features linked to the postcolonial history of the region, marked by the Catholic evangelization enterprise and an "economy of plundering" based on agriculture, weaving and mining?

Thorough consideration of these matters allows the author to critically assess the standard notion in Hispanic linguistics that considers Andean Spanish as a single, homogeneous code.

The study sheds new light on how the regional varieties of Spanish in America were shaped over time and proposes ways of delving into language history in postcolonial contexts, where a written European language has been superimposed on a set of native codes previously lacking written traditions.