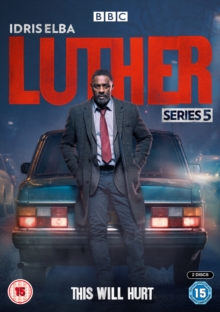 All four episodes from the fifth series of the BBC crime thriller starring Idris Elba as the brilliant but flawed murder detective John Luther.

In this series, Luther is joined by new partner DS Catherine Halliday (Wunmi Mosaku) as he attempts to track down an increasingly daring serial killer.

Tensions rise when George Cornelius (Patrick Malahide) suspects Luther of being responsible for his son's disappearance and another figure from Luther's past returns to haunt him.

With those close to him in danger, Luther must battle his personal demons if he is to avert tragedy and apprehend the murderer stalking London.