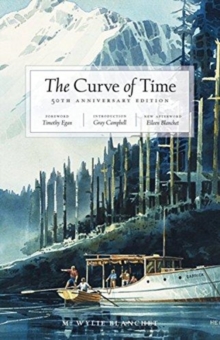 "Our world then was both wide and narrow -- wide in the immensity of sea and mountain; narrow in that the boat was very small, and we lived and camped, explored and swam in a little realm of our own making." -- M.

This is a biography and astonishing adventure story of a woman who, left a widow in 1927, packed her five children onto a 25-foot boat and cruised the coastal waters of British Columbia, summer after summer.

Muriel Wylie Blanchet acted single-handedly as skipper, navigator, engineer and, of course, mother, as she saw her crew through encounters with tides, fog, storms, rapids, cougars and bears.

She sharpened in her children a special interest in Haida culture and in nature itself. In this book, she left us with a sensitive and compelling account of their journeys.