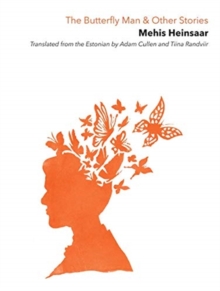 These stories, by one of the rising stars of Estonian literature, depict ordinary people undergoing extraordinary metamorphoses; it is not only their own lives that are changed forever, but also those of the bystanders drawn in by their fascinating particularities.

In "The Butterfly Man," a small-time, self-effacing magician is hired to join a circus -- not on account of his negligible conjuring skills, but because of the exotic butterflies that peel away from him when his emotions are excited.

The night watchman in "The Beauty Who Had Seen It All," a man of base, amoral inclinations, discovers the power of invisibility --and seduces a beautiful woman with jaded tastes. "The High Season" tells of an aloof, cantankerous poet whose devotees remain protective of him even at a distance, guarding him at a local caf where he drinks endless cups of coffee and becomes a fixture -- literally.