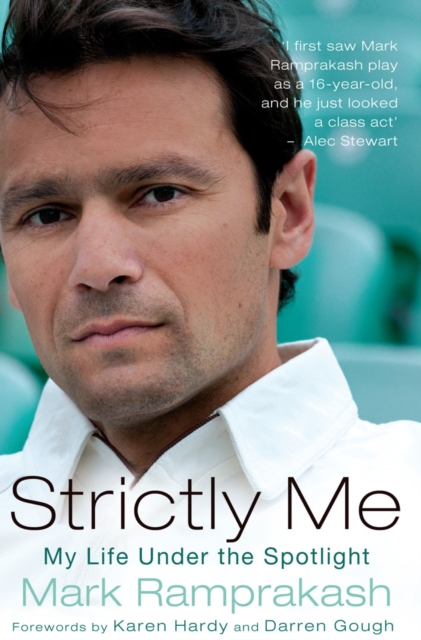 Mark Ramprakash is arguably the greatest English batsman of his generation, but he is also an enigma.

He is among an elite group of players who have scored 100 first-class centuries, yet has never flourished as he should have done at Test level.

To many people in the UK, he is just as well-known for exploits on the dancefloor: he won Strictly Come Dancing in 2006 and went on to win the Champions of Champions final in 2008 for Sport Relief.

Prior to his re-emergence in Strictly Come Dancing, Ramprakash the cricketer was cast as a tortured soul as the media spotlight followed him relentlessly while his international career fluctuated between ecstatic highs and intense lows.

He was dropped by England 10 times during a 52-Test career, even though he averaged 42 against the best team in the world, Australia.

In Strictly Me, Ramprakash covers in detail all aspects of his cricket career - from the hot-headed cricketing prodigy who made his Test debut for England at the age of 21, to finally being cast aside by his country in 2002, even though in the 2006 and 2007 seasons his batting average for Surrey was over 100. He discusses how he has become one of the UK's best celebrity dancers and how his newfound status as a media celebrity has flourished since then.