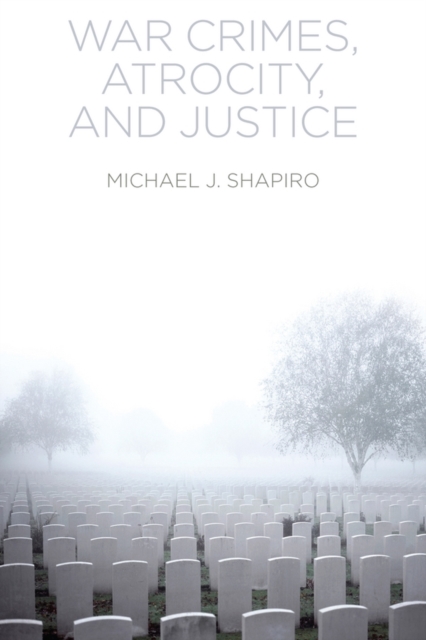 What do we know about war crimes and justice? What are the discursive practices through which the dominant images of war crimes, atrocity and justice are understood?

In this wide ranging text, Michael J. Shapiro contrasts the justice-related imagery of the war crimes trial (for example the solitary, headphone-wearing defendant at the Hague listening with intent to a catalogue of charges) with ?literary justice?: representations in literature, film, and biographical testimony, raising questions about atrocities and justice that juridical proceedings exclude.

By engaging with the ambiguities exposed by the artistic and experiential genres, reading them alongside policy and archival documentation and critical theoretical discourses, Shapiro?s War Crimes, Atrocity, and Justice challenges traditional notions of ?responsibility? in juridical settings. His comparative readings instead encourage a focus on the conditions of possibility for war crimes as they arise from the actions of states, non-state agencies and individuals involved in arms trading, peace keeping, sex trafficking, and law enforcement and adjudication. Theory springs to life as Shapiro draws on examples from legal discourse, literature, media, film, and television, to build a nuanced picture of politics and the problem of justice.

It will be of great interest to students of film and media, literature, cultural studies, contemporary philosophy and political science