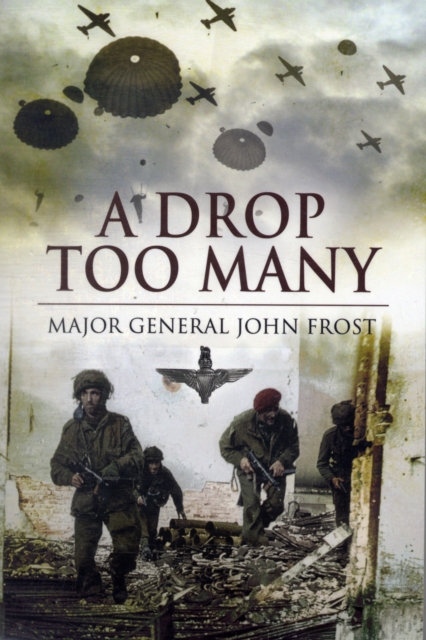 Drop Too Many Paperback / softback

No one who has read of Arnhem can have failed to have been inspired by gallantry of the 2nd Parachute Regiment, which held the north end of the key road bridge over the Rhine not for 24 hours for which it was equipped, but for 3 days and 4 nights. Commanded by the then Lt-Col Frost, they beat off repeated armoured and infantry assaults by far greater numbers, until forced out of the ruined and burning positions by losses, lack of ammunition, and the failure of the whole Arnhem operation. Their sacrifice stands as one of the most heroic defences of all time.General Frost's story is, in effect, that of the battalion. His tale starts with the Iraq Levies and goes on the major airborne operations in which he took part - Bruneval, Tunisia, Sicily, Italy, Arnhem - and continues with his experiences as a prisoner and the reconstruction of the battalion after the German surrender.Though written with modesty and humour, the book is shot through with the fire and determination of the fighting solider, and throws important new light on many controversies, not only those of Arnhem.