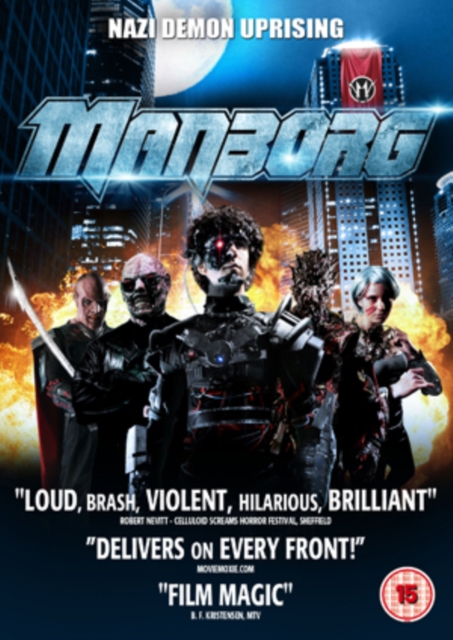 Tongue-in-cheek action movie in which a cyborg is forced to use his formidable fighting skills in a battle with evil.

It is the future and human hegemony on Earth is ended by an invasion of demons from Hell.

After an encounter with Draculon (Adam Brooks), the leader of the demonic forces, a soldier (Matthew Kennedy) wakes up to discover that his broken body has been rebuilt with mechanical parts.

He is subsequently sent to fight for entertainment in a gladiatorial arena, but will he be able to use his newfound strength to turn his wrath on his enemies?