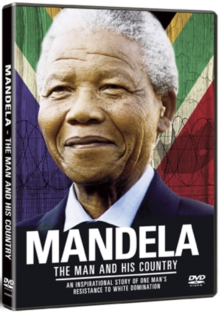 Mandela: The Man and His Country DVD

Documentary that examines the remarkable life of Nelson Mandela, the South African civil rights activist and leader who spent over a quarter of a century in prison.

Mandela was imprisoned on Robben Island for his role as leader of an anti-apartheid group.

His release in 1990 marked a turning point in South African history; Mandela would go on to serve as president of the country from 1994 to 1997.