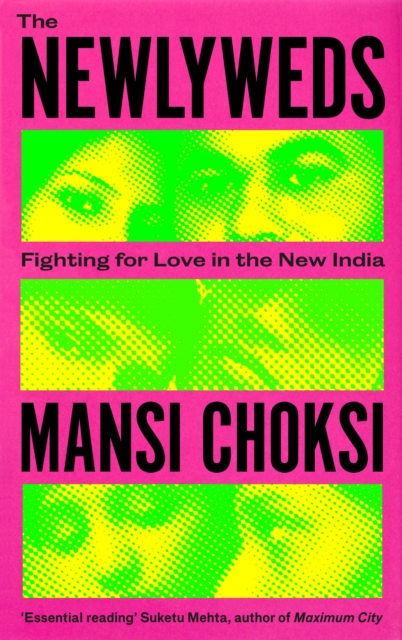 The Newlyweds : Young People Fighting for Love in the New India Hardback

'Staggeringly good... Much like Lisa Taddeo's Three Women, it reads more like a novel than a piece of non-fiction... it does what all great writing should - it puts us into the world of someone else, so completely that days later I find myself missing the couples and wondering how their stories end' Marianne Power, The Times'A profound book on the politics of love, of couples who brave everything and everyone to be together.

Told with warmth, truth and humanity, Mansi Choksi's The Newlyweds is an extraordinary look at what it takes to be together in modern India' Nikesh Shukla'Essential reading for anyone seeking to understand youth in India today - or for anyone who believes in the galactic powers of love to change history, personal and political' Suketu MehtaWhat would you risk for love?Twenty-first century India is a culture on fast forward, a society which is changing at breakneck speed, where two out of every three people are under the age of thirty-five.

These young men and women grew up with the internet, smartphones and social media.

But when it comes to love, the weight of thousands of years of tradition cannot so easily be set aside. An extraordinary work of reportage, The Newlyweds is a portrait of modern India told through the stories of three young couples, who defy their families to pursue love.

The lesbian couple forced to flee for a chance at a life together.

The Hindu woman and Muslim man who must escape under the cover of night after being harassed by a violent mob. And the couple from different castes who know the terrible risk they run by marrying. Writing with great insight and humanity, Mansi Choksi examines the true cost of modern love in an ancient culture.

It is a book that will change the way readers think about love, freedom and hope.