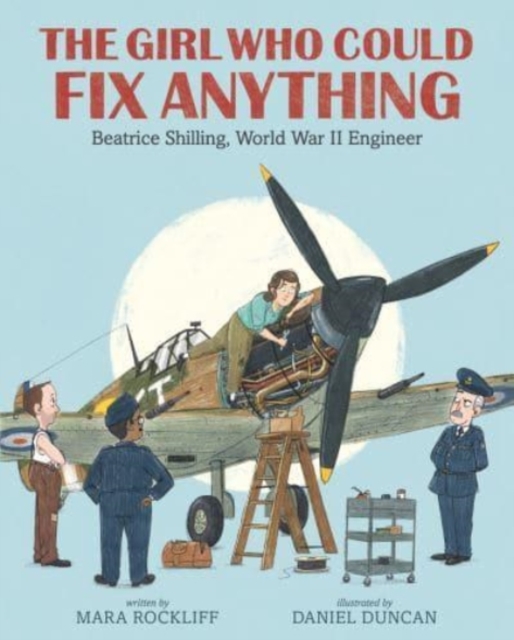 The Girl Who Could Fix Anything: Beatrice Shilling, World War II Engineer Hardback

This true story of a woman whose brilliance and mechanical expertise helped Britain win World War II is sure to inspire STEM readers and fans of amazing women in history. Beatrice Shilling wasn't quite like other children.

She could make anything. She could fix anything. And when she took a thing apart, she put it back together better than before.

When Beatrice left home to study engineering, she knew that as a girl she wouldn't be quite like the other engineers - and she wasn't.

She was better. Still, it took hard work and perseverance to persuade the Royal Aircraft Establishment to give her a chance.

But when World War II broke out and British fighter pilots took to the skies in a desperate struggle for survival against Hitler's bombers, it was clearly time for new ideas.

Could Beatrice solve an engine puzzle and help Britain win the war?

American author Mara Rockliff and British illustrator Daniel Duncan team up for a fresh look at a turning point in modern history - and the role of a remarkable woman whose ingenuity, persistence, and way with a wrench (or spanner) made her quite unlike anyone else.

An author's note and a list of selective sources provide additional information for curious readers.