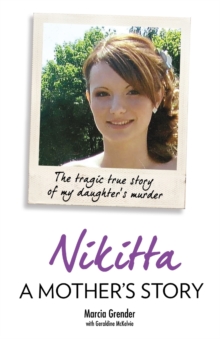 On 5 February 2011, Marcia Grender received a phone call which changed her life forever.

The flat her beautiful nineteen-year-old daughter Nikitta shared with her fiance Ryan Mayes was on fire, and Nikitta was believed to be trapped inside.

Marcia and her partner Paul, Nikitta's father, rushed to the scene but there was nothing they could do.

Firefighters had already discovered Nikitta's body in the wreckage of the home she'd lovingly built with her childhood sweetheart.

To add to their agony, Nikitta had been eight months' pregnant.

The fully formed yet unborn baby girl she'd already named Kelsey May was gone, too. But it soon became apparent Nikitta's death was far from an accident.

Within hours, the investigation became a murder inquiry and Ryan's cousin Carl Whant was the prime suspect. As her world collapsed around her, Marcia could only watch in horror.

Shortly after Whant was charged with murder, child destruction, rape and arson, she began charting her feelings in a searingly honest diary, the contents of which are published for the first time in this book. Marcia painstakingly recalls the agony of holding her granddaughter for the first time in a police mortuary, but being unable to see her dead daughter because of the shocking state in which Whant had left her.

But, above all, she speaks of the indescribable hell of learning to live without the most important thing in her life.