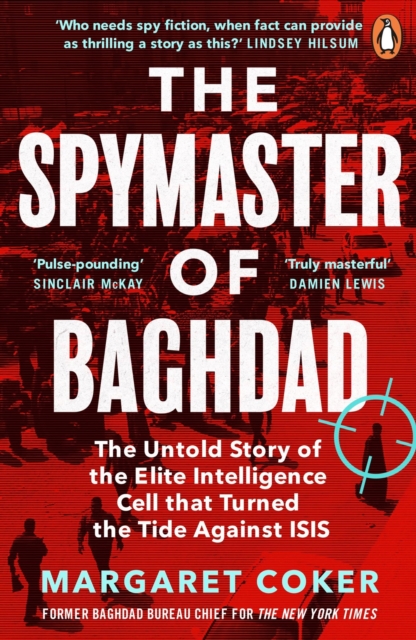 The Spymaster of Baghdad : The Untold Story of the Elite Intelligence Cell that Turned the Tide against ISIS Paperback / softback

'Pulse-pounding' Sinclair McKay | 'Truly masterful' Damien Lewis | 'Who needs spy fiction, when fact can provide as thrilling a story as this?' Lindsey HilsumThe Spymaster of Baghdad is the gripping story of the top-secret Iraqi intelligence unit that infiltrated the Islamic State.

More so than that of any foreign power, the information they gathered turned the tide against the insurgency, paving the way to the killing of ISIS leader Abu Bakr al-Baghdadi in 2019. Against the backdrop of the most brutal conflict of recent decades, we chart the spymaster's struggle to develop the unit from scratch in challenging circumstances after the American invasion of Iraq in 2003, we follow the fraught relationship of two of his agents, the al-Sudani brothers - one undercover in ISIS for sixteen long months, the other his handler - and we track a disillusioned scientist as she turns bomb-maker, threatening the lives of thousands. With unprecedented access to characters on all sides, Pulitzer Prize-finalist Margaret Coker challenges the conventional view that Western coalition forces defeated ISIS and reveals a page-turning story of unlikely heroes, unbelievable courage and good old-fashioned spycraft. 'Moving, visceral, utterly revelatory. A stunning tour de force by an author who has lived every word of it on the ground' Damien Lewis, author of Zero Six Bravo'This compelling account of how Iraqi agents infiltrated ISIS takes us deep beneath the lurid headlines and into a sharply focused world of courage, ingenuity, terror and love' Sinclair McKay, author of Dresden'In Margaret Coker's deeply reported, unputdownable account, the previously unknown Iraqi heros of the war against the Islamic State turn out to be braver than Bond and as subtle as Smiley' Lindsey Hilsum, author of In Extremis'We all owe a debt of gratitude to the Falcons Unit for their important role in the fight against the most lethal terrorist group of our time' Anne Speckhard, Director of the International Center for the Study of Violent Extremism