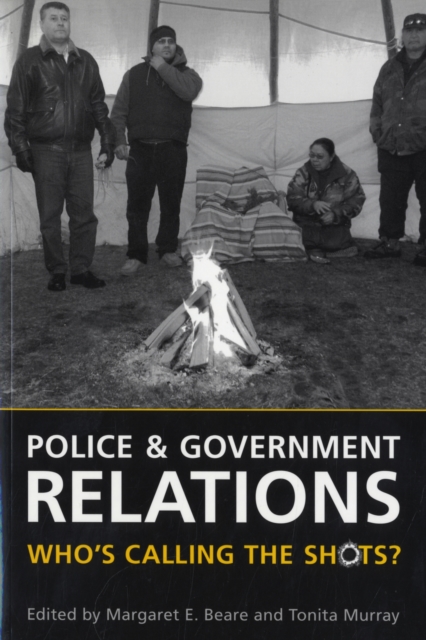 Police and Government Relations : Who's Calling the Shots? Paperback / softback

Questions of police governance, accountability and independence have been subjected to thorough research before.

That the issue still draws critical attention more than twenty years after the McDonald Commission of Inquiry into Certain Activities of the Royal Canadian Mounted Police suggests that understanding and a resolution to the issue still eludes us.

Despite the modifications to police practice that the Charter of Rights and Freedoms has brought, there is still concern over the degree of independence the police exercise, and debate over where the line between legitimate government direction of the police and illegitimate political interference should be drawn. Police and Government Relations explores the question of police governance and independence from a number of different points of view.

Editors Margaret E. Beare and Tonita Murray offer multi-disciplinary, comparative, and case-study methodologies written by scholars from law, political science, and criminology to illustrate the diversity of opinion that exists on the topic and to explore how the operating tension between police independence and democratic governance and accountability has played out, both in Canada and other countries.

This book does not attempt to find final answers; its goal is to provide a framework for a continuing discussion that may lead to helpful and workable recommendations for the future.

It serves as an academic and intellectual contribution to an important matter of public policy.