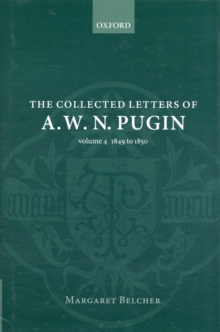 Edited by Margaret (Formerly Senior Lecturer in the Department of English, University of Canterbury, Belcher

Part of the Collected Letters of A.W.N. Pugin series

The importance of A. W. N. Pugin (1812-52) in the history of the Gothic Revival, in the development of ecclesiology, in the origins of the Arts and Crafts Movement, and in architectural theory is incontestable. A leading British architect who was also a designer of furniture, textiles, stained glass, metalwork, and ceramics, he is one of the most significant figures of the mid-nineteenth century and one of the greatest designers. His correspondence is importantbecause it provides more insight into the man and more information about his work than any other source. This volume, the fourth of five, contains letters from 1849 and 1850. Happily married, Pugin was more settled in his home at The Grange in Ramsgate in these years than he had ever been before. Hecompleted his long-contemplated book on Floriated Ornament. At first he appears principally as a designer of stained glass, often working for other architects: pre-eminent, he supplies Charles Barry, William Butterfield, R.

C. Carpenter, G. G. Scott, for instance. The letters display his knowledge of surviving medieval glass, biblical and historical sources, hagiography, heraldry, iconography, besides revealing his attention to details of composition, texture, colour, therepresentation of figures, the effects of lighting. Next door to his house, he continued to build the church of St Augustine, which was ready for opening in August 1850. Later that year, two public events quickened the pace of Pugin's life: the Roman Catholic hierarchy was restored in England, and the GreatExhibition was announced for 1851. Personally insulted because of his religion, Pugin defended his embattled faith in the ensuing uproar; at the same time he began to make a multitude of designs for his colleagues to execute: together they produced what came to be called the Medieval Court, the outstanding display in the exhibition and a masterpiece of lasting influence.

Also in the Collected Letters of A.W.N. Pugin series   |  View all 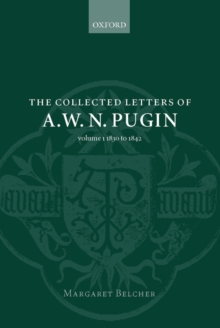 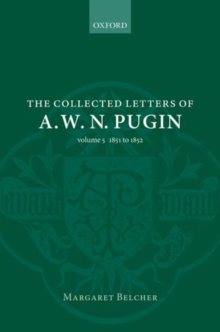 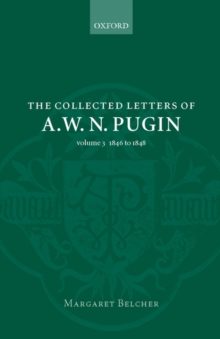 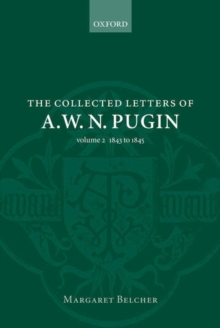