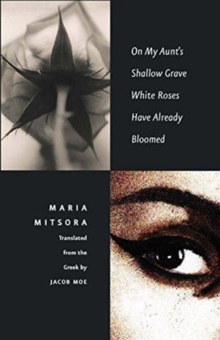 Part of the World Republic of Letters (Yale) series

A collection of short stories by an acclaimed contemporary Greek writer, reminiscent of Lydia Davis and Jenny Offill This collection assembles sixteen of Maria Mitsora's short stories in what adds up to be a retrospective of the author's work, spanning forty years.

Moving across the urban netherworld of Athens to imagined Latin American towns and science-fiction dystopias, Mitsora animates the alternatingly dark and revelatory aspects of the human psyche, depicting a world in which her protagonists are caught between reality and myth, predestination and chance, rationality and twisted dreams.

Mitsora led a generation of writers whose work articulated major transitions in the Greek literary scene, from 1970s historical and political sensibilities shaped in response to the military Junta to a contemporary focus on a fragmented, multicultural world.

Her consistent experimentation with the short story form-a dominant genre in Greek prose writing since the nineteenth century-ranges from psychologically dark, surrealist work to more recent reflective and poetic writings.