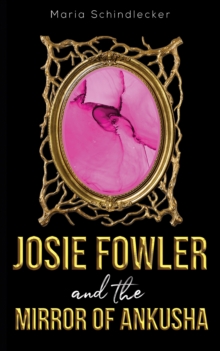 Josie Fowler and the Mirror of Ankusha EPUB

When Josie Fowler's uncle, Frank, goes missing without a trace, a package with a note and Frank's assistant, Peter, turn up at her doorstep months later.

Josie's world is turned upside down when she discovers that the mysterious package contains a large intricate mirror that holds secrets and clues into Frank's disappearance.Together, Josie and Peter delve further into Frank's whereabouts and investigate where he's been all those months.

Determined to find her uncle, Josie ventures with Peter into a world unlike her own.What Josie doesn't realise is that finding her uncle sets her on a dangerous adventure that puts both her's and Peter's life at risk.

Her modern-world skills are put to the test as she enters a world where loyalties are tested and she is forced to embrace the violence that ensues to save her uncle from a power-hungry king.Every move she makes is detrimental to saving Frank, Peter and herself.