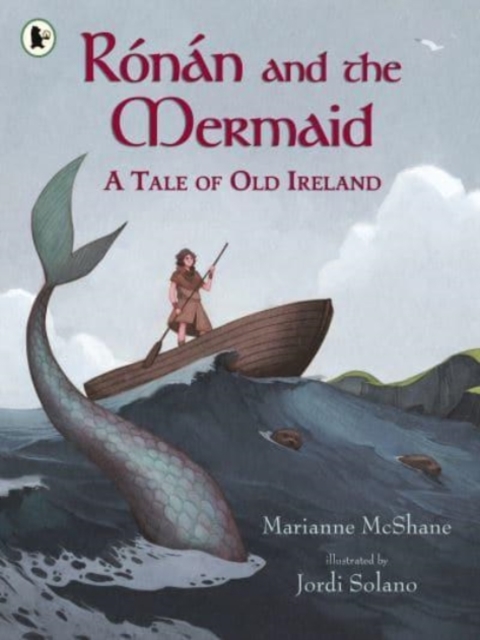 Ronan and the Mermaid: A Tale of Old Ireland Paperback / softback

An Irish storyteller revisits the little-known legend of the Mermaid Saint in a haunting, beautifully illustrated tale of kindness, music and longing. Long ago, on the eastern coast of Ireland, a monk from the Abbey of Bangor was collecting driftwood along the shore when he found a boy washed up amid a circle of seals.

At first the boy could barely move or speak. But when he regained his strength, he recalled being brought ashore by a lady with long golden hair who sang him to safety and gave him a silver ring.

The monks knew the legend of a mermaid who had wandered the coast for three hundred years.

Could it possibly have been her?Inspired by a story told in medieval chronicles of Irish history, debut author Marianne McShane weaves a captivating tale, while Jordi Solano captures the legend's spare but welcoming abbey on the rocky shore - setting that makes you believe that if you listen hard enough, you too can hear the mermaid's song.