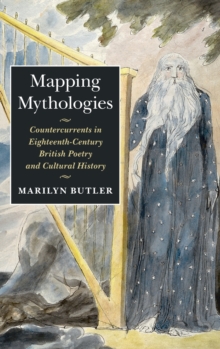 by Marilyn (University of Oxford) Butler

In this groundbreaking work of revisionary literary history, Marilyn Butler traces the imagining of alternative versions of the nation in eighteenth-century Britain, both in the works of a series of well-known poets (Akenside, Thomson, Gray, Collins, Chatterton, Macpherson, Blake) and in the differing accounts of the national culture offered by eighteenth-century antiquarians and literary historians.

She charts the beginnings in eighteenth-century Britain of what is now called cultural history, exploring how and why it developed, and the issues at stake.

Her interest is not simply in a succession of great writers, but in the politics of a wider culture, in which writers, scholars, publishers, editors, booksellers, readers all play their parts.

For more than thirty years, Marilyn Butler was a towering presence in eighteenth-century and romantic studies, and this major work is published for the first time.