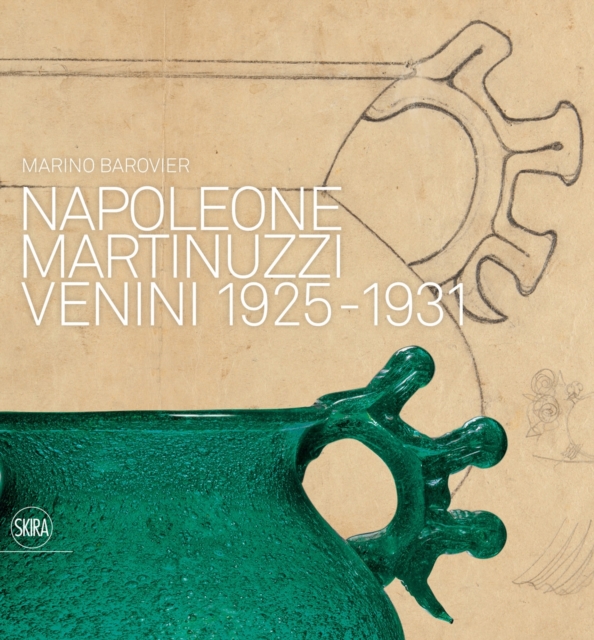 Napoleone Martinuzzi, an artist held in high esteem by poet Gabriele d'Annunzio, became a partner of Paolo Venini in 1925.

In his capacity as the artistic director of V.S.M. Venini & C. he designed magnificent objects until 1931. This book reviews his entire production as a glass designer, consisting of about 600 pieces identified after lengthy and thorough research.

Unpublished records found in the Archivio Storico Venini have allowed researchers to appreciate the full extent of Martinuzzi's contribution to the factory's production and to identify many of his designs, some of which were previously unknown.

After devising elegant clear blown glass objects, the artist went on to explore previously unseen matter like bubble glass and opaque glass in intense and solid colours; he designed a wide repertoire of vases, cups, lights and peculiar decorative objects like fruits, coloured glass creatures and succulent plants, some of which were monumental in size.