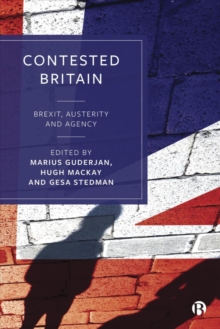 A distinctive and original analysis of how the politics of the UK and the lives of British citizens have evolved in the first decades of the twenty-first century, this book provides an interdisciplinary critical examination of the roots, ideology and consequences of austerity politics, the Brexit vote and the rise of populist politics in Britain.

Bringing together case studies and perspectives from an array of international researchers across the social sciences, it dissects the ways that the UK has become increasingly contested with profound differences of geography, generation, gender, 'race' and class, and considers agency as a key concept to understand the links between austerity and Brexit.