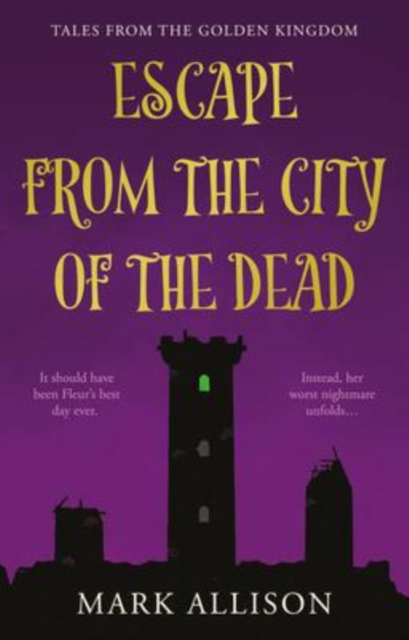 Escape from the City of the Dead : Tales from the Golden Kingdom Paperback / softback

It should have been the best day ever. A trip to the famous chocolate groves at Barnaby's Mill and a midnight party back at the castle should have Fleur bringing in her seventh birthday with style, but when a band of hideous savages attack the party, seize Fleur and carry her away with them, an unimaginable nightmare unfolds. Leading the rescue party is Fleur's older sister Hannah, who is joined by the great Lord Balthazar.

They pick up a trail which leads them beyond the known world to the City of the Dead; once the centre of an evil empire and an ancient magic.

It has long been a place of death and decay. When sinister forces rise, bent on reviving past glories, can Hannah and Lord Balthazar stage a rescue before it's too late?

Can Fleur be her own saviour, and hatch an escape plan of her own through the clutches of the undead (and their terrible dragon wolves)?