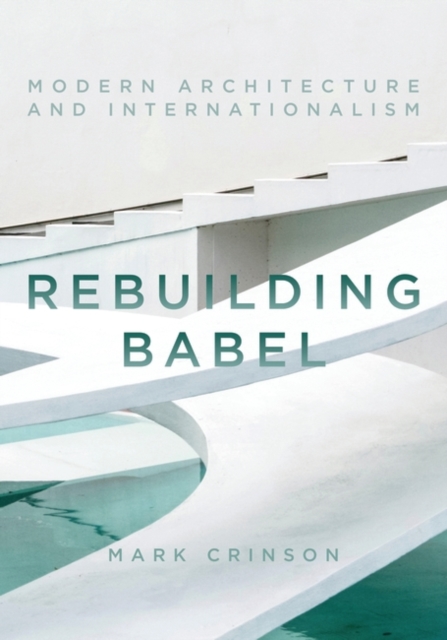 Much of modernist architecture was inspired by the emergence of internationalism: the ethics and politics of world peace, justice and unity through global collaboration.

Mark Crinson here shows how the ideals represented by the Tower of Babel - built, so the story goes, by people united by one language - were effectively adapted by internationalist architecture, its styles and practices, in the modern period.

Focusing particularly on the points of convergence between modernist and internationalist trends in the 1920s, and again in the immediate post-war years, he underlines how such architecture utilised the themes of a cooperative community of builders and a common language of forms.The 'International Style' was one manifestation of this new way of thinking, but Crinson shows how the aims of modernist architecture frequently engaged with the substance of an internationalist mindset in addition to sharing surface similarities. Bringing together the visionaries of internationalist projects - including Le Corbusier, Bruno Taut, Berthold Lubetkin, Walter Gropius and Mies van der Rohe - Crinson interweaves ideas of evolution, ecology, utopia, regionalism, socialism, free trade, and anti-colonialism to reveal the possibilities heralded by modernist architecture.

Furthermore, he re-connects pivotal figures in architecture with a cast of polymath internationalists such as Patrick Geddes, Lewis Mumford, Julian Huxley, Rabindranath Tagore and H.

This is a book crafted for students and scholars of architecture and art theory, as well as for those interested in the history of twentieth-century optimism about the world and its architecture.