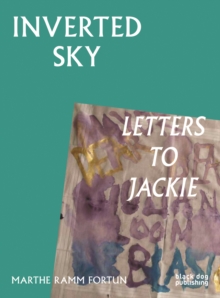 Inverted Sky: Letters to Jackie is based on Marthe Ramm Fortun's site-specific project at Grand Central Terminal, in New York City. The lyrical guided tour of Grand Central Station was part of a performance series for Performa Biennial 2013, an international Biennale for performance art in New York.

Inverted Sky: Letters to Jackie is structured around a set of texts written by audience members, their participation lending formal parameters to Fortun's own writing. Fortun has imagined a correspondence with Jaqueline Kennedy Onassis, whose own letters helped save the Grand Central Terminal from demolition, and Elizabeth Smart, who wrote a piece of poetic prose entitled By Grand Central Station I Sat Down and Wept, 1945, about her life long failed love story with the writer George Barker. Fortun positions these individual text fragments on a timeline of modernity, dynasties, failure and hope. Honing in on details in an overarching narrative, such as connecting a spot of tobacco soot in the ceiling with the Act-Up-intervention that shut down the Grand Central Terminal in 1991, the siren voices presented in this publication suggests that the individual can claim ownership to the myths and rituals that regulate public space.