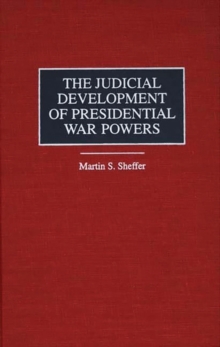 Sheffer deals with some of the oldest continuing constitutional problems confronting the American government: the judicial development of presidential war powers, potential constitutional dictatorship, and a wartime constitution.

What enhances these problems is the very cryptic language presented by Article II itself.

First, the generalities of Article II are read expansively enough to cover specific presidential actions, while a theory of inherent powers tends to justify the means.

This combination of action and theory, Sheffer asserts, presumes that ends and means are determined only by the president.

The end result is that presidential action takes on the characteristics of constitutional power. As this casebook demonstrates, in times of grave national emergency-especially war-the president acts as a constitutional dictator.

There is a tacit understanding that nothing will be permitted to block the winning of the war.

What is necessary, as determined by the chief executive, is done.

The president must insure the national survival. Legal niceties are given little attention. Congress does not interfere with the manner in which the president conducts a war; it is a ready ally in almost everything he does, so long as he continues to be successful.

As the cases demonstrate, the courts seek to avoid having to rule on the president's conduct, but, when they do rule, they usually uphold the president. 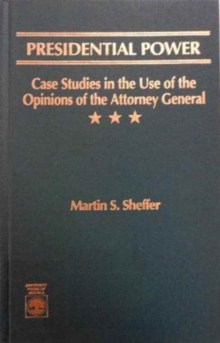 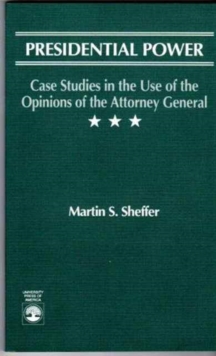