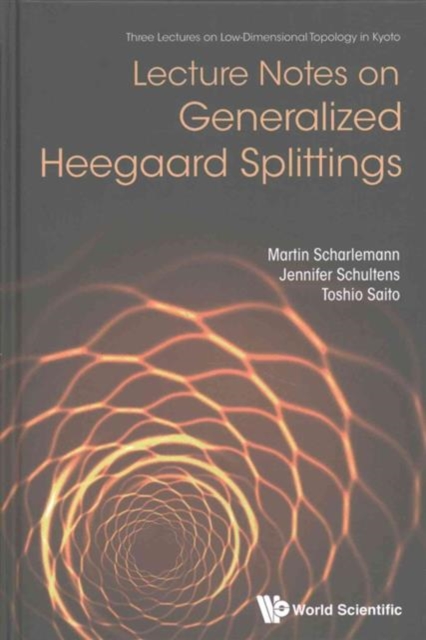 This book is part of the series of three books arise from lectures organized by Hitoshi Murakami at RIMS, Kyoto University in the summer of 2001.

The lecture series was aimed at a broad audience that included many graduate students.

Its purpose lay in familiarizing the audience with the basics of 3-manifold theory and introducing some topics of current research.

The first portion of the lecture series was devoted to standard topics in the theory of 3-manifolds.

This can cause confusion in those cases in which generalized Heegaard splittings possess interesting connectivity properties.

Fork complexes were invented in an effort to illuminate some of the more subtle issues arising in the study of generalized Heegaard splittings.