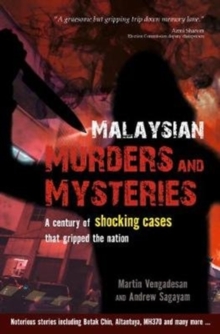 Malaysian Murders and Mysteries : A century of shocking cases that gripped the nation Paperback / softback

Over the past century, Malaysia has seen criminal cases that have gripped the attention of the entire nation and beyond.

These crimes vary in nature and details, and in some instances, the perpetrators have been caught and punished, while others remain unresolved.

What most of them have in common is that they were real life dramas played out through the media and carried into every home. This compilation brings together 42 of the most well-known and notorious cases, based on the authors' research and consultations with some of the most eminent historians, criminal lawyers, crime reporters and police officers in the country, who were able to breathe new life into some of the cases and shed new light on the notorious events. These cases go as far back as 1875, beginning with colonial-era intrigues that remain unresolved to this day, and investigate over a century of Malaysian murders and mysteries. 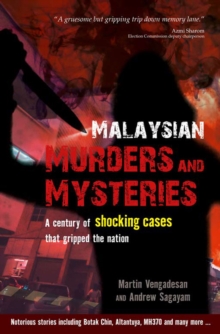