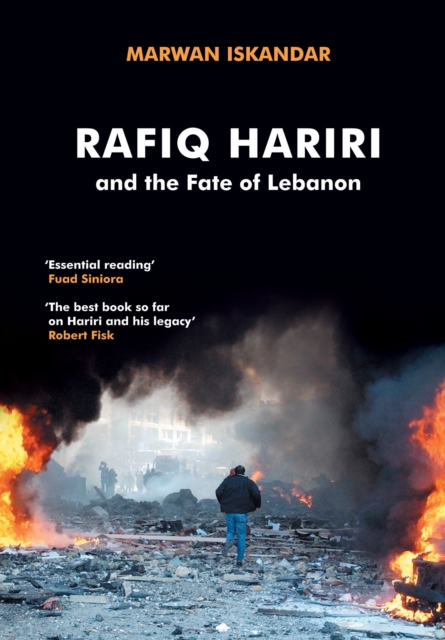 Rafiq Hariri and the Fate of Lebanon Hardback

On Valentine's Day 2005 self-made billionaire Rafiq Hariri, Lebanon's former prime minister, was assassinated in Beirut by a massive bomb that destroyed his motorcade.

The Lebanese people subsequently took to the streets, and the United Nations Security Council responded by declaring the assassination an international terrorist act with severe regional and international ramifications.

An International Independent Investigation Commission was formed by the Security Council to uncover the perpetrators.

Mourned as a Lebanese martyr, Hariri's death triggered the protests that led to the withdrawal of Syrian forces in April 2005.

From his humble beginnings as a fruit picker, Hariri achieved fame and fortune as a construction magnate in Saudi Arabia.

As Prime Minister of Lebanon for ten years, 1992-98 and 2000-04, he was widely credited for its rebirth after years of civil war, overseeing the rebuilding of 90 percent of the country's infrastructure.

His resignation in 2004 over the extension of President Lahoud's mandate was viewed as a protest against Syrian interference in Lebanese affairs. Marwan Iskandar offers an in-depth perspective of the Hariri years, including a detailed look at the considerable economic reforms instituted under Hariri's leadership.

He shares sensitive new information about such scandals as the al-Madina bank affair, and provides behind-the-scenes revelations about key figures in Lebanese finance and government.